Home / Insight / A new era for safety reform or back to the status quo?

A new era for safety reform or back to the status quo?

At worst, appliance fires can have tragic consequences, as was the case for Mr Benjamin-Muthiah who died in 2010 in a house fire caused by a defective defrost timer on the family’s Beko fridge freezer. For those who escape unharmed the outcome usually extends to the loss of irreplaceable personal items and a lengthy period in alternative accommodation whilst remedial repairs are completed.

How prevalent is the problem and what is the cost to insurers?

Freedom of Information requests of Government data have revealed that each year faulty appliances account for 3,700 fires in Britain costing the insurance industry an estimated £41.6 million per year.

How are manufacturers dealing with the problem currently?

Over the past four years manufacturers have attempted to recall an estimated 4 million appliances. Notwithstanding those attempts it is estimated that 3.6 million faulty electrical appliances remain in British homes, either because manufacturers have chosen not to issue a product recall or because just 10-20% of customers respond to product recalls. This is either because those recalls have been ignored or because customers were simply not aware a recall was in place.

In a word, no. At the 2014 coroner’s inquest into the death of Mr Benjamin-Muthiah it was revealed that Beko had been aware of a possible safety issue with the defective component in the incident model fridge freezer as far back as 2003, but chose not to issue a recall. Despite receiving 15 reports of fires from the incident model between 2003 and 2006, Beko did not consider the fault to be sufficiently serious to warrant a recall, regardless of independent risk assessors confirming that some fridge freezers posed a “serious risk” in 2008. Beko chose to recall affected appliances after Mr Benjamin-Muthiah’s death.

At the moment the onus remains on the manufacturer to advise trading standards of safety issues relating to their appliances. Recalls are voluntary and are predominantly based on the manufacturers’ assessment of risk. Fire brigades and government agencies are powerless to force action, there being no centralised system for reporting fires caused by faulty appliances and there being no single authority appointed to oversee recalls.

A time for change?

As a direct consequence of Mr Benjamin-Muthiah’s death, coroner Andrew Walker accepted recommendations put forward by Hertfordshire Trading Standards and London Fire Brigade regarding the recording of safety issues and how irresponsible manufacturers should be punished. The government were urged to reform safety standards by legislative change, preventing manufacturers from keeping safety issues a secret and encouraging manufacturers to put matters of safety and responsibility over company profits.

A new era for safety reform?

A UK consumer product recall independent review was launched on 13 March 2015 following an announcement by Baroness Neville-Rolfe of the government’s intention to review the UK product recall system during the House of Lords Report stage of the Consumer Rights Bill in November 2014. The review was completed in February 2016 chaired by Lynn Faulds Wood. The review considered how the current system works, where improvements are needed and what a ‘good’ recall system looks like. The review made a number of recommendations including, but not limited to:

• The creation of a centre of excellence to coordinate the system, promoting, protecting, informing and empowering businesses and consumers via an official and trusted website.
• Improving funding, training and resources for market surveillance (trading standards).
• Alternative funding to improve recalls and the traceability of suppliers of products into the EU.
• Creation of a national injury database with assistance from the NHS and insurers with a view to interrogating data resources.

• Greater co-ordination of product safety recalls and enforcement at the national level.
• Developing Primary Authority Partnerships as a means of increasing access to helpful, practical advice for businesses and ensuring effective relationships between businesses and their lead regulating body.
• Developing a Code of Practice on managing effective correction action including recalls.
• Government support for The Association of Manufacturers of Domestic Appliances (AMDEA’s) ‘Register my Appliance’ as a means to ensure consumers are informed of relevant safety issues for products they have bought.
• Undertaking research into consumer behaviour to understand how best to encourage consumers to engage with a corrective action when a problem is identified with a product.

The Working Group is continuing to develop an action plan and a final report was due to the government in March 2017.

It is evident that the product recall system in its current format is not fit for purpose. Legislative and wholesale change of the product recall system is required leading to data sharing and improved communication regarding the safety of products, with the mandatory reporting of products which can do serious harm, however implementation takes time. Meanwhile appliance fires continue to occur. On 15 October 2016 Consumer Minister Margot James called for Whirlpool to reassure that it was doing everything possible to ensure the safety of customers following an investigation into the 19 August 2016 fire that engulfed a block of flats in Shepherd’s Bush. In this incident, an Indesit tumble dryer was subject to a modification programme with customers being advised that such appliances were safe to use provided they were not left unattended. The Shepherd’s Bush fire occurred in circumstances akin to Whirlpool’s safety warning, the result being that 100 families had to be evacuated with 26 families having to move out of their homes, costing insurers hundreds of thousands of pounds. In response Whirlpool have failed to issue a product recall and so the general public have taken matters into their own hands with the creation of an online petition, calling for the government to urge Whirlpool to recall all faulty tumble dryers.

As at 26 April 2017 the petition had received 101,648 signatures, which means that there ought to be a mandatory parliamentary debate. The Government’s response is that it has set up the Working Group to look at options to improve Product Recalls and Safety, and is in close contact with the enforcing authority working with Whirlpool to rectify this issue.

A resolution is not rocket science. Many countries such as the US, Canada, Australia and New Zealand have implemented tried and tested product recall systems where manufacturers and suppliers have mandatory reporting requirements when they become aware that their products have caused harm or where their products may have serious safety issues. We do not have to reinvent the wheel but simply follow by example, and possibly lead the way in consumer safety with the use of digital technology in the form of microchips and data feedback via company cloud. Now why, six years after the death of Mr Benjamin Muthiah have the UK made no headway in achieving customer safety? It is unacceptable for recalls and customer safety to remain in the hands of the manufacturers who remain at risk whilst we all await the eagerly anticipated interim findings of the steering group.

The way forward for insurers whilst wholesale change is awaited

However, domestic claims that fall outside of CPA limitation / commercial claims tend to be more problematic as insurers ‘only remedy is in negligence. Proving the causative fault when the appliance has (usually) been completely destroyed by fire and foreseeability of manufacturers’, where appliances are not subject to a product recalls, often leads to claims being abandoned without achieving a successful recovery.

By use of the Civil Procedure Rule 31.16 insurers can place manufacturers under increasing pressure to reveal details of their knowledge of known defects, thereby reversing the current secretive culture and ousting those who sit on information and place company profits over customer safety.

Given the cost to the insurance industry as a whole, prevention is far better than a cure and more must be done, urgently, to protect property and customers of insurers from the devastating effects of appliance fires. 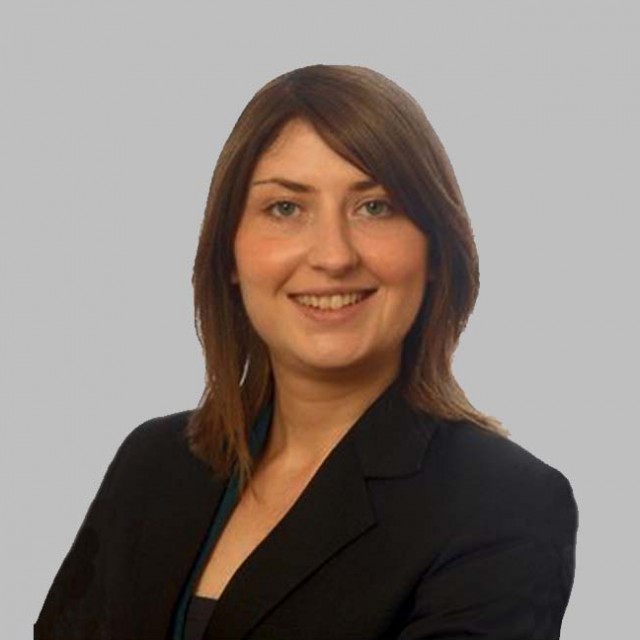